In this post Little Revolt provides an update on theater during the COVID-19 pandemic. We also answer the question, how did Shakespeare cope during the plague?

Diseases Are No Fun

We humans have an unfortunate history with disease. Pandemics caused by viruses or bacteria have spread for thousands of years. These include outbreaks of measles, small pox, cholera, plague and more — in Ancient Egypt, Imperial China, Medieval Europe, and the Roman Empire. Epidemics have struck in North America as well. Diseases spread rampantly when explorers first came to the New World, significantly among Native Americans. The 1918 influenza virus killed an estimated 675,000 Americans. Make no mistake, diseases like these are serious and tragic. But society has always recovered.

Germs transmit better within denser populations. Likewise a virus is more likely to spread in a room full of 100 people than in a park where people maintain a safe distances. Which leads us to theater. Theaters, arenas, auditoriums, conference rooms, and even airplanes all pose challenges during an outbreak since it is difficult to maintain a safe distance in a crowded space.

Many theater programs around the world have been cancelled due to COVID-19. Resourceful theaters have responded by going digital. Play readings, auditions, rehearsals, and workshops have sprung up online in the past few months. Our friends over at the Pelican Playhouse (under the direction of Wakefield) moved their rehearsals and readings online. It is heart-warming to see people come together to make theater in dire circumstances. However, as great as online programs are, most theater folks will tell you, it is not the same as live, in-person theater. We want our theaters to return. And they will. They always do.

Shakespeare and the Plague

As you may know, Little Revolt sometimes conducts Shakespeare classes and performs Shakespeare’s plays. Shakespeare himself was no stranger to pandemics. During medieval and Elizabethan times, the culprit was the bubonic plague. According to scholars, in 1564 when William Shakespeare was an infant, he and his parents likely sheltered inside their home in Stratford-upon-Avon in England to avoid the plague. The “pestis” that year struck down twenty percent of the residents in Stratford.

Little William miraculously survived the 1564 pandemic. But the disease would emerge again multiple times during Shakespeare’s life. In 1606, when he was a playwright living in London and working at the Globe Theater, the plague hit again. This time, authorities closed theaters to limit the spread of the disease. During this time, Shakespeare wrote. He created two of his most famous works during the pandemic, King Lear and Macbeth.

The Plague in the Plays

The plague is not prominent in Shakespeare’s plays. But he did include several references to the disease. Perhaps the plague is less visible in the plays because, like many of us today during COVID-19, people were weary of the disease. Early modern audiences were familiar with the plague. They lived with it. As a result, they probably did not want to hear plays about it. Theater was entertainment. Shakespeare knew what play-goers wanted: an escape. When Shakespeare referenced the plague, it was purposeful and pointed. Audiences would have understood the references.

Here are a few notable mentions of the plague in Shakespeare’s plays:

Where Do We Go from Here

Never underestimate the power of art. Or of artists. Communities want live theater. Theater-makers have always found a way. They always will. But of course, we must get past the current period. We must be safe. I have seen many articles and creative ideas for how theaters might perform more safely. Options include smaller audiences or online or hybrid experiences.

For mission-driven organizations like Little Revolt, we aim to make a positive difference in the lives of children, youth, adults, and seniors — including marginalized communities. We do this with participatory theater and art. Our programs can be provided online. However, to best fulfill our mission, our work should be in-person. So some day we will return. In the meantime, we will seek other ways.

“O, wonder! How many goodly creatures are there here! How beauteous mankind is! O brave new world, That has such people in it!”

We have collected the words submitted. Actors are presently recording their sides. We’ll be releasing a video soon. 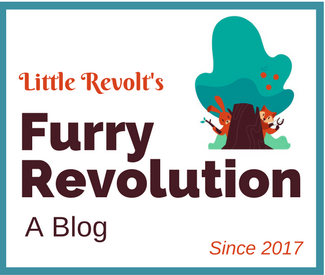